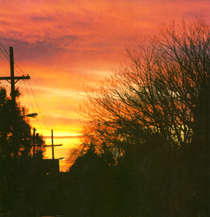 And everyone who calls on the name of the Lord will be saved.'

Manasseh was twelve years old when he became king, and he reigned in Jerusalem fifty-five years. His mother's name was Hephzibah.He did evil in the eyes of the LORD, following the detestable practices of the nations the LORD had driven out before the Israelites.He rebuilt the high places his father Hezekiah had destroyed; he also erected altars to Baal and made an Asherah pole, as Ahab king of Israel had done. He bowed down to all the starry hosts and worshiped them.In both courts of the temple of the LORD, he built altars to all the starry hosts.He sacrificed his own son in the fire, practiced sorcery and divination, and consulted mediums and spiritists. He did much evil in the eyes of the LORD, provoking him to anger. - In his distress he sought the favor of the LORD his God and humbled himself greatly before the God of his fathers.And when he prayed to him, the LORD was moved by his entreaty and listened to his plea; so he brought him back to Jerusalem and to his kingdom. Then Manasseh knew that the LORD is God.

"Come now, let us reason together," says the LORD. "Though your sins are like scarlet, they shall be as white as snow; though they are red as crimson, they shall be like wool. - The Lord is not slow in keeping his promise, as some understand slowness. He is patient with you, not wanting anyone to perish, but everyone to come to repentance.